Written by Peter Lauffer
May 30, 2020
Thank you! Please check your inbox.
Oops! Something went wrong while submitting the form.

"Expreso del Sur" and "Wara Wara Express" are passenger trains running between Oruro and Villazon, across the Bolivian Altiplano. These trains are the last, regular long-distance passenger trains still running in the Andes.

The railroad between Villazon and Oruro consists of three segments. Initially, the Oruro to Uyuni railroad was part of the Oruro-Uyuni-Antofagasta line that opened in 1892. In 1913 the railroad was extended to the small mining town of Atocha, south of Uyuni. The line from Atocha to the Argentinean Border in Villazon (205 km) opened in 1925. The extension to Villazon was made in order to connect the Bolivian railroad with the narrow gauge railroad in Northern Argentina.

The "Wara Wara Express" is often used as a mixed cargo/passenger train, while the "Expreso del Sur" is run solely as a passenger express train. The "Wara Wara Express" makes the journey between Oruro and Villazon in about 16 hours, whereas the "Expreso del Sur" takes only about 13 hours. Both trains have two weekly departures in each direction and offer similar comfort and services to the traveler.

Traveling from South to North, the train journey begins in Villazon, the Bolivian border town to Argentina. The city's predominant economic activity is the trade of both legal and smuggled goods in and out of Bolivia. Villazon is well known as a bargain shopping city among residents of the neighboring Argentine provinces of Jujuy and Salta. The center of town is modern and features many small shops selling textiles and electronic items.

The first portion of the route from Villazon to Tupiza offers beautiful views for travelers as the train descends from a high plateau down into the Tupiza River Valley. During this part of the journey, the train follows many curves in the line and crosses spectacular gorges before reaching the town of Tupiza, 90 km from Villazon.

In Tupiza, the trains stop for about 10-20 minutes. Food vendors have no access to the train, but you are welcome to buy dinner from street vendors who sell food and drinks in front of the railway station. Don't forget to take your train ticket with you when you leave the station.

From Tupiza, the train travels on into the night. Both trains have a dining car that serves simple meals, coca tea, soft drinks, and beer.

About three hours after leaving Tupiza, the train reaches the mining town of Atocha, where the Atocha Railway Station appears abandoned. After a short stop, the train continues on to Uyuni, arriving two-three hours later.

The trains on this line provide comfortable reclining seats in Executive and Salon Class. Neither of the two passenger trains offers sleeper accommodations. Meals served in the dining car are edible but simple. For those who speak Spanish, the dining car can be an exciting place to chat with locals. The trains have heating but no air conditioning, although in warm weather the windows can be opened.

North-South Journey on Tuesdays and Fridays‍

For the "Expreso del Sur," tickets are available in Executive and Salon classes.

On the "Wara Wara Express," tickets are available in Executive, Salon, and Popular classes.

I recommend that foreign travelers buy a ticket in Executive Class. You may check in your suitcase or backpack at the railway station and receive it back upon arrival at the destination. Keep the receipt! You are allowed one piece of hand luggage with you on the train.

Train compartments have a TV that plays music or films throughout the journey. If you prefer a quieter trip, you can ask the train inspector to turn off the TV or lower the volume.

🚂. Travel Tip: When traveling from Villazon, you will arrive at Uyuni in the middle of the night. Uyuni is a safe, small town where the temperature can dip below freezing at night. I recommend reserving a hotel in Uyuni in advance and requesting a pick up from the railway station at these early hours.

🚂. Railfan Tip: At the Railway Station in Uyuni is a "Wagon Sleepbox Hotel" available. Check the Oncle.Inn website for details: https://onkelinn.com/accommodation/vagones/

Sounds interesting? Then check out these tours I organize: 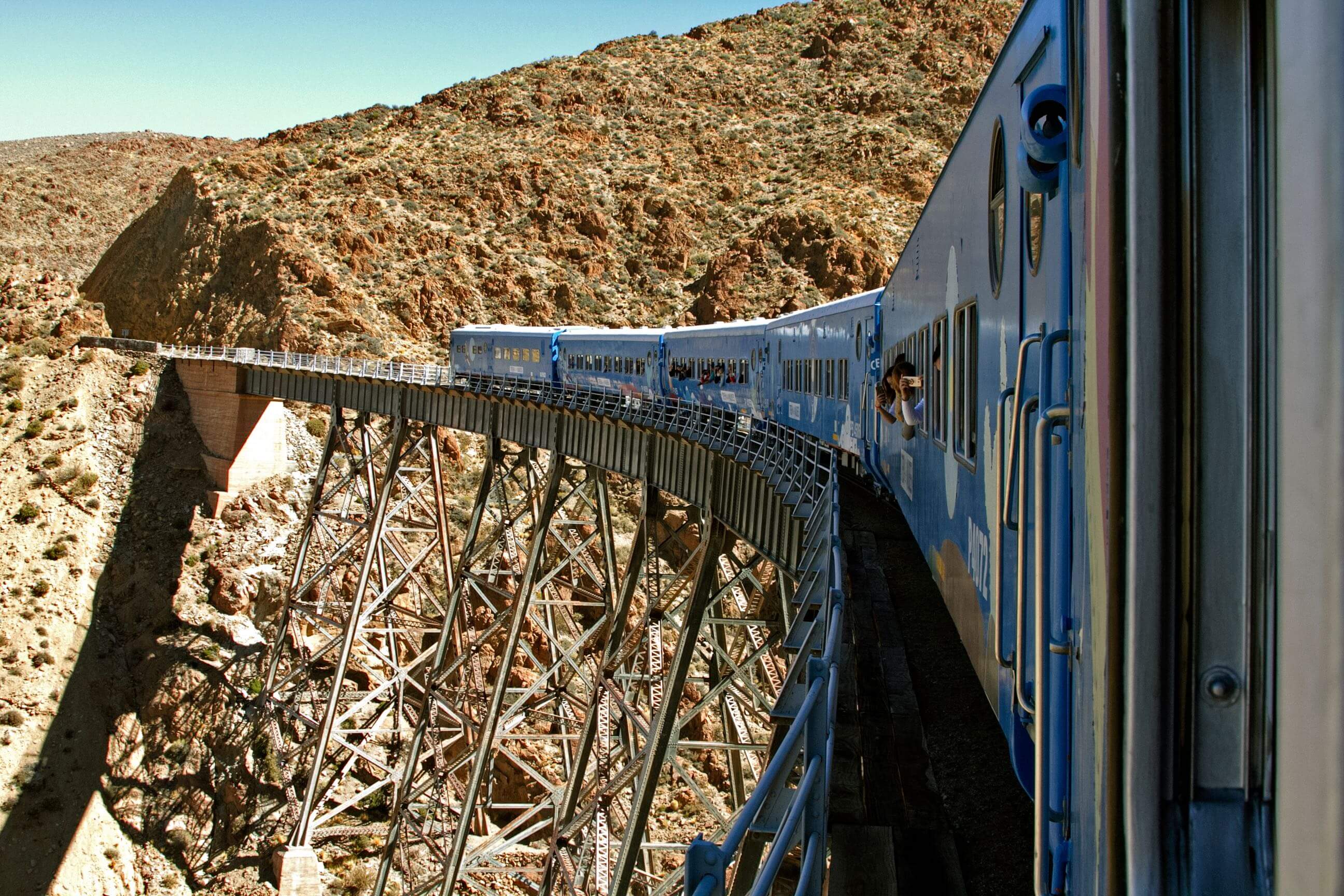